May 03, 2021
Broken Wing Kathleen Mare’e (Arthur Academy, #1) Publication date: April 26th 2021 Genres: Contemporary, New Adult Hendrix: It’s funny the things you notice as a child. Like the way people uneasily glance away from me whenever I catch their eye. Or the way a stranger seems to smile happily at other children, but when I say hello, their smile looks more uneasy than warm. But as I approach the steel gates to the elite Arthur Academy, I can’t help but take a long-awaited breath towards my freedom. Finally, I have the chance to build the life I want. A future. Something that gives me more to live for than the daily beatings my childhood only knew. The girl I used to be doesn’t exist here. But even as the confidence grows about a life I now have control over, I can’t help but feel there could be something else waiting for me here. Something I’ve never faced before. And it isn’t something I could prepare for. And preparation is what got me out. It got me here. I can’t afford to lo
1 comment
READ MORE >>>

REVIEW: The Castle School (for Troubled Girls) by Alyssa Sheinmel

March 17, 2021
View this post on Instagram A post shared by MJ (@bookdreamr)   The Castle School (For Troubled Girls) by Alyssa Sheinmel         Moira’s parents are sending her to a reclusive? all-girls boarding school in the middle-of-nowhere-Maine. Regardless of what they say, she knows this is a punishment for all the trouble she’s caused them since the death of her best friend, Nathan. At The Castle School, Moira and 11 other girls are isolated from the rest of the world, and expected to talk everything out with Dr. Prince, the strange headmaster. Moira isn’t interested in making new friends. At night, she hears strange music from the woods, and then she discovers the lock on her window is broken. She and her roommate, Eleanor sneak out and find out they aren’t that isolated after all. There is a second, very different Castle School, only it’s filled with boys. Moira starts to suspect the doctors running the schools are hiding something, like a secret experiment on troubled
Post a Comment
READ MORE >>>

March 10, 2021
Sweet & Bitter Magic by Adrienne Tooley Genre: Young Adult Fantasy Publishing Date: March 9, 2021 Synopsis:  In this charming debut fantasy perfect for fans of  Sorcery of Thorns  and  Girls of Paper and Fire , a  witch cursed to never love meets a  girl hiding her own dangerous magic, and the two strike a  dangerous bargain to save their queendom.  Tamsin is the most powerful witch of her generation. But after committing the worst magical sin,  she’s exiled by the ruling Coven and cursed with the inabil ity to love. The only way she can get those  feelings back — even for just a little while — is to steal love from others.  Wren is a source — a rare kind of person who is made of magic, despite being unable to use it herself.  Sources are required to train with the  Coven as soon as they discover their abilities, but Wren — the  only caretaker to her ailing father — has spent her life hiding her secret. When a magical plague ravages the queendom, Wren’s father falls victim. To sa
Post a Comment
READ MORE >>>

March 03, 2021
Follow Your  Arrow  by  Jessica Verdi Genre: Young Adult Contemporary P ublishing Date: March 2, 2021 For fans of Becky Albertalli and Adam Silvera, this is a riveting and irresistible take on love, life,  and identity  — both online and  off. CeCe Ross is kind of a big deal. She and her girlfriend, Silvie, are social media influencers with zillions  of fans and followers, known for their cute outfits and being #relationshipgoals. So when Silvie breaks up with her, CeCe is devastated. She’ s lost her first love, and now she can’t  help but wonder if she’ll lose her followers as well. Things get even messier when CeCe meets Josh, a new boy in town who is very much Not Online.  CeCe isn’t surprised to be falling for a guy; she’s always known sh e’s bi. And Josh is sweet and smart  and has excellent taste in donuts... but he has no idea that CeCe is internet - famous. And CeCe sort of  wants to keep it that way. But when CeCe’s secrets catch up to her, she finds herself in the middle
Post a Comment
READ MORE >>>

February 24, 2021
Grace Porter is celebrating completing her PhD in astronomy with her best friends in Las Vegas. Grace has been a non-stop, hardworking, overachiever for over 11 years now, never one to deviate from her military father’s plan for her, especially not to drunkenly marry a strange girl whose name she can’t remember on the final night of her trip. Oh wait… that wasn’t all a dream? Now her plan is falling apart, with the weight of her fathers expectations on her shoulders and the barriers for a queer Black woman in her field, everything becomes too much. Grace flees to New York to stay with the wife she hardly even knows and begins to question what it really means to be the Best Grace Porter.      This novel deserves all the love. All of it! We follow Grace who drunkenly marries a beautiful girl she just met in Las Vegas, and the aftermath is definitely complicated. This story holds the most gorgeous diverse cast of characters with so much representation from race, gender identit
1 comment
READ MORE >>>

TOUR: Of Silver and Shadow by Jennifer Gruenke

February 16, 2021
Of Silver and Shadow   by Jennifer Gruenke Genre: Young Adult Fantasy Publishing Date: February 16, 2021 Synopsis:  Ren Kolins is a silver wielder — a dangerous thing to be in the kingdom of Erdis, where magic has  been outlawed for a century. Ren is just trying to survive, sticking to a life of petty thievery, card  games, and pit fighting to get by. But when a wealthy reb el leader discovers her secret, he offers her  a fortune to join his revolution. The caveat: she won’t see a single coin until they overthrow the King. Behind the castle walls, a brutal group of warriors known as the King’s Children is engaged in a  competit ion: the first to find the rebel leader will be made King’s Fang, the right hand of the King of  Erdis. And Adley Farre is hunting down the rebels one by one, torturing her way to Ren and the rebel  leader, and the coveted King’s Fang title. But time is runn ing out for all of them, including the youngest Prince of Erdis, who finds himself  pulled into the rebel
3 comments
READ MORE >>>
More posts 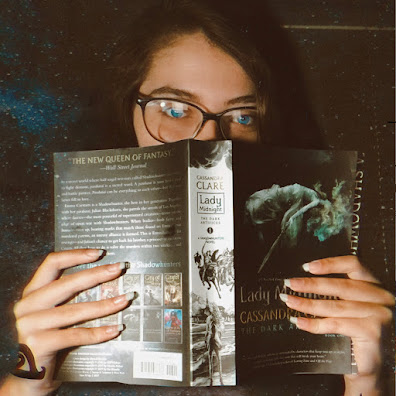 I'm Mallory (MJ). A lover of books, writing, & chatting about literature to others!

Want To Keep In Touch ?